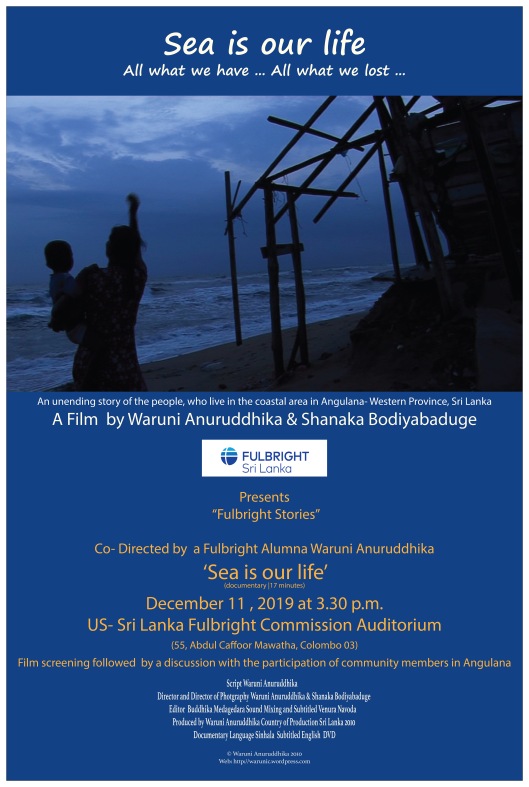 Film screening followed  by a discussion with the participation of community members in Angulana. The event is free of charge. Please contact US-SLFC on 011-2564153, 011-2564176 to reserve a seat

About the Film
Sea is our life is a documentary film production done in 2010, Co- directed by Waruni Anuruddhika and Shanka Bodiyabaduge. This film focused on the fishing community at Angulana, Sari Lanka. The film is about their struggle to survive during the monsoon in each year and the social crisis they face due to that.
In this film, we attempted to discuss about the social life of these people linked with complex nature of their occupation- fishing- and environments, and their struggle to survive their lives on the one hand from the environmental hazards and on the other hand from power impositions by various political practices. The film discusses about the paradoxes between governmental policies such as resettlement and socio-economic back ground of the people. In this film, also we attempted to highlights their vulnerabilities for existence due to lack of resources and skills including education. It was not our attempt to give solution for them but to surface the voices to be heard those who are concerning to mainstreaming the marginalized social groups. 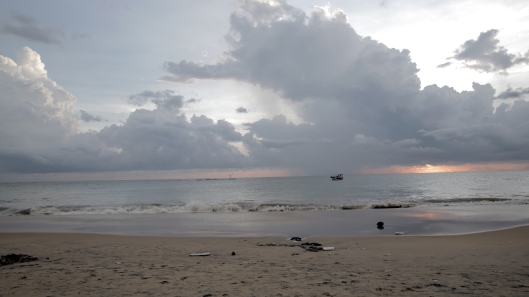 with happiness and sadness …